Similar in form to several chairs in the Crab Tree Farm Collection (see 2, 3, and 6), this chair sets itself apart by the iron loops which are fixed to its sides. The loops were an early addition to the chair, added to make it transportable by inserting bars so that the sitter could be carried. The painting below, circa 1600-1603, from Sherborne Castle in Dorset, shows Elizabeth 1st taking part in an earlier, slightly grander version of this concept. 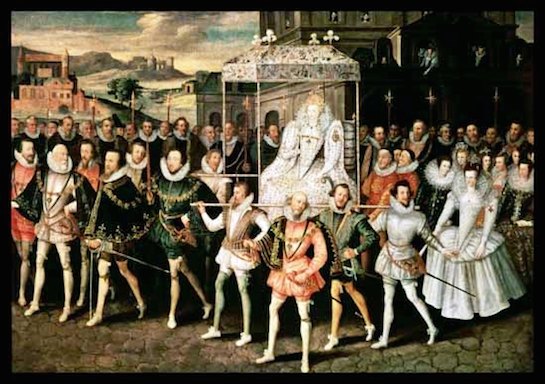 The Welsh Folk museum has a similar example of a carrying chair in its collections, of circa. 1680. Discussed in full by Victor Chinnery, the Welsh carrying chair has a documented history as the property of a Welsh member of parliament who won a succession of elections and was carried though the streets in a triumphant procession on the chair below. 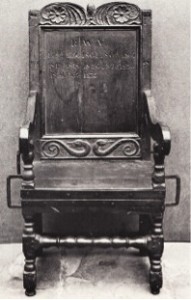 In 1758 William Hogarth printed an image entitled ‘Chairing the members’ as part of a set of four prints on elections. In the final print of this set, below, the elected MP can be seen carried aloft on a grandly carved chair which is being supported by two poles. 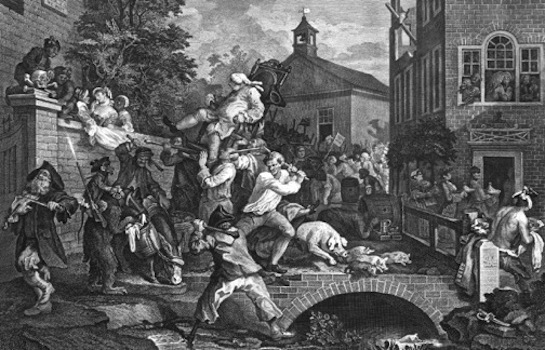