Mackay Hugh (M.H.) Baillie Scott (1865–1945) was one of the first British designers to move away from the more vernacular tradition of the Arts and Crafts movement towards the more modernist tradition embraced by the term ‘Art Nouveau’ or ‘Jugendtstil’. In 1897 he was commissioned, together with Charles Robert Ashbee (1863–1942), to provide decoration and furniture for the Grand Duke of Hesse’s (1868–1937) palace in Darmstadt, Germany. This commission established Baillie Scott’s reputation in Continental Europe, a reputation that was cemented when he won first prize in a competition to design a ‘House for an Art Lover’ for the magazine Zeitschrift für Innen-Dekoration. A number of further German commissions followed, resulting in some avante-garde furniture designs such as those produced for the Werkstätten Exhibition, Dresden, in 1903 (86). 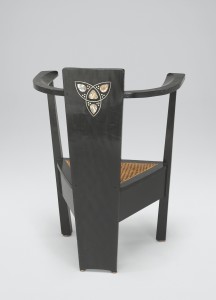 In a similar vein, Arthur Heygate (A.H.) Mackmurdo (1851–1942) began as an Arts and Crafts designer before developing an increasingly eclectic and original style that prefigured European Art Nouveau (88–90). In 1882 he set up the Century Guild, an early return to the guild tradition, which was a feature of the late nineteenth-century progressive design scene. The guild’s aim was ‘to render all branches of Art the sphere, no longer of the tradesman, but of the artist’. Mackmurdo’s work was highly influential, and he counted C.F.A. Voysey (1857-1941) among his admirers. Many modern commentators consider him the father of English Art Nouveau. 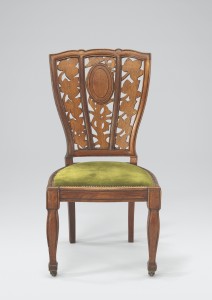 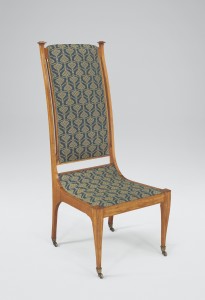 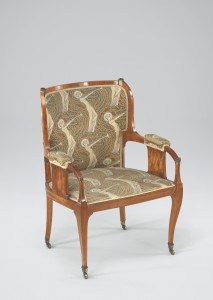 George Henry Walton (1867–1933) was a self-taught decorator initially based in Glasgow. In 1896 he was commissioned by Catherine Cranston (1849–1934) to refurbish her tea rooms in Buchanan Street, Glasgow. After moving to London in 1898, Walton set up his own workshops to design and produce furniture. He also designed for other commercial manufacturers, notably William Birch Ltd. of High Wycombe (91). Another Scottish designer, Ernest Archibald (E.A.) Taylor (1874–1951), worked for the prominent Glasgow furniture-makers Wylie & Lochhead (1883–1957). This firm led the way in popularising the Glasgow Style (93). 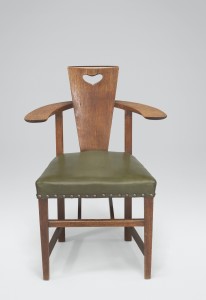 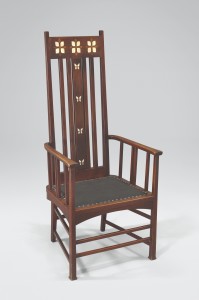 Among the English designers often linked to the Glasgow Style was George Montague Ellwood (1875–1955), whose most popular designs were produced by the London firm of J.S. Henry Ltd. (94). Another English designer was Edward Gordon (E.G.) Punnett (1862–1948), who lived and worked in High Wycombe for William Birch Ltd., a furnituremaker (92); his furniture designs also often employed English Art Nouveau motifs. 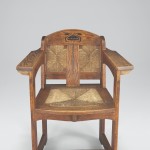 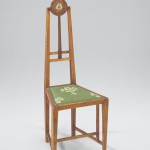 The most famous name in this section is undoubtedly Charles Rennie Mackintosh (1868–1928), who followed Walton in designing and furnishing the Glasgow tea rooms of Catherine Cranston in the 1890s (95, 96). 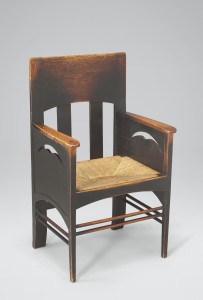 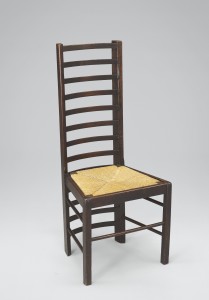 His work, together with that of his colleagues working in the Glasgow Style, was first exhibited in England at the Arts and Crafts Exhibition Society in 1896, but the reception was mixed. It was too modern for some, or too close to the Continental Art Nouveau. In Europe, however, Mackintosh was regarded as a visionary, feted in exhibitions in Vienna in 1900 and Turin in 1902. His work defies facile categorisation: it is partly vernacular, partly Art Nouveau, partly modernist and wholly original.