‘Banister-back’ was a name given by British chair-makers to chairs with a solid central splat, usually shaped to the profile of a classical baluster or banister. This innocuous-sounding name belies the revolutionary nature of the design, which transformed British and European chair-making from about 1715 onwards. The name ‘banister-back’ derived from a traditional type of Chinese chair that had a vertical back splat linking the crest and seat rails; the splat was often ergonomically curved for greater comfort. Since the 1660s fashionable European chairs had been made with a gap between back and seat, so the idea of closing the gap and joining the crest and seat rails was entirely novel. The Chinese origin of the design was explicit in the name given to the earliest British chairs of this type, which were called India-back or, simply, Indian chairs (the word ‘India’ was at this time a generic British term for the Far East). By the 1720s, however, such chairs (21–26, & 27) were more commonly called banister-backs as the shape of the splat developed away from the Chinese original towards a more classical profile. 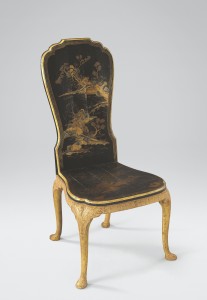 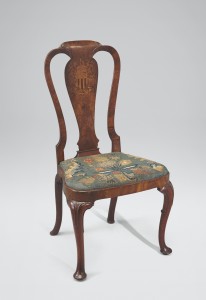 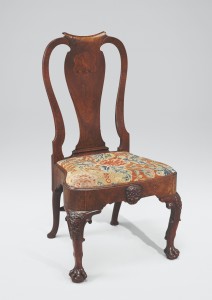 The adoption of the banister-back coincided with the introduction of another new design – the cabriole leg. The term ‘cabriole’, describing the reverse-curved leg found on all the chairs in this section, is an anachronism and was not applied to this style of leg before the nineteenth century. In the eighteenth century this leg was known as a claw or French leg. As the latter name suggests, it was a French design, developed around 1700 and adopted in Britain by about 1715. It remained the most popular design of legs for fashionable chairs for half a century.

The combination of the banister-back with the French leg was a stroke of unconscious genius, resulting in one of the most successful chair designs of all time. It seemed perfectly to express William Hogarth’s notion of the ‘line of beauty’; it was elegant, balanced, ergonomically sound, and capable of being adapted to almost any type of chair. In its simplest form the cabriole leg was a smoothly rounded curve with a round or oval pad for the foot, but it also lent itself to zoomorphic forms, the upper curve forming a ‘knee’ and the foot being variously modelled as a hoof, paw, or claw. In this guise the cabriole could be adapted to the classical iconography of the Palladian revival; the lion’s paw and mask were emblematic of Apollo and Bacchus, while the eagle’s claw and head represented Jupiter. The scallop shell commonly found on knees and chair backs was the symbol of Juno, goddess of love (22, 23, 24,25). 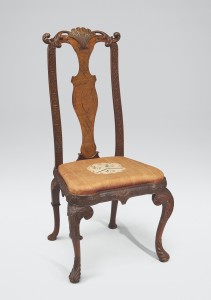 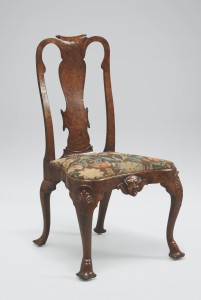 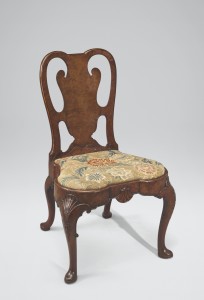 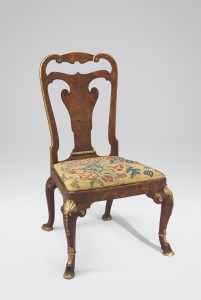 The banister-back chair dominated British chair design between 1720 and 1750, butby the 1740s new  designs began to emerge; the fan-back (28) is but one example of an increasingly diverse range of styles that developed in the mid-eighteenth century to rival and eventually supercede it. 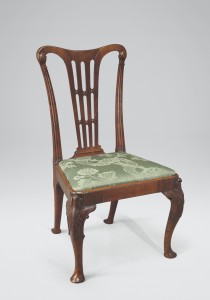