John Makepeace (b.1939) is often hailed as the father of modern British furniture design, and he is credited with almost single-handedly reviving the art and craft of fine furnituremaking in late twentieth-century Britain.

Makepeace first became interested in furniture when he was a boy, and as a teenager he decided to train as a furniture-maker and designer. His early commercial work in the 1960s was sold by Heal’s, Liberty and Harrods, but in the mid-1970s he decided to scale down and concentrate on developing furniture-making into high art, combining peerless craftsmanship with eloquent and original design. In an interview in 2010, he explained ‘My passion is to create masterpieces that enrich people’s lives and the language of furniture’.

In 1976, Makepeace bought Parnham House in Dorset to establish a teaching college alongside his own workshop. Parnham College has since produced hundreds of talented furniture designers and makers. In 1983, Makepeace bought 350 acres of woodland at nearby Hooke Park, where he pursued his interest in the cultivation and use of indigenous timber. 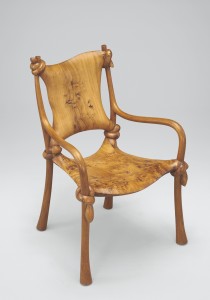 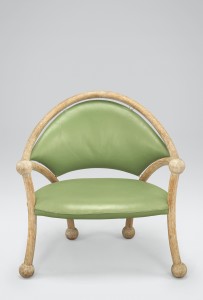 Makepeace sold Parnham House in 2001; he continues to design and work from his new home, Farrs, in Beaminster Dorset. Today, Hooke Park operates as the Dorset campus of The Architectural Association School of Architecture. 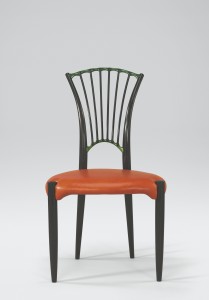 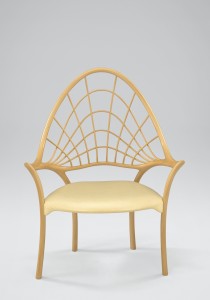 Makepeace’s work explores both the aesthetic and the technical boundaries of furniture-making. Natural forms and shapes predominate but belie an often highly sophisticated technical specification. He makes ambitious use of lamination and mixes materials – wood, leather and metal – freely, while always allowing wood to have the primacy of expression. While the development of some forms, such as tables and chairs, is restrained to some degree by functional necessity (indeed, to combine originality with functionality is a primary challenge for any furniture designer), other designs, such as his cabinets, are more abstract. Each design is specific to its context, whether for a private house or a public gallery, and Makepeace insists on a free hand in interpreting the commission.
The chairs shown here are typical of Makepeace’s style: original, individual and flawlessly executed.